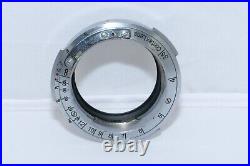 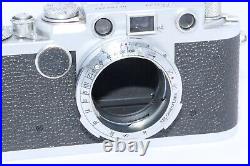 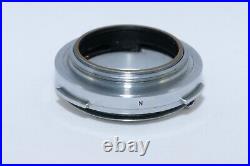 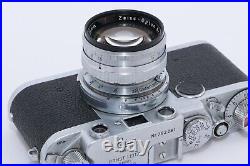 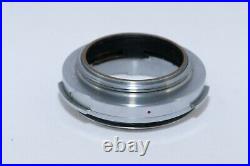 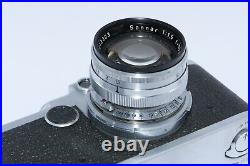 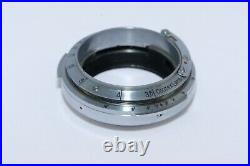 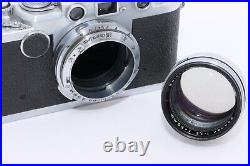 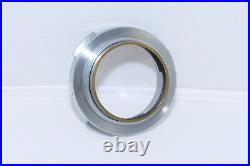 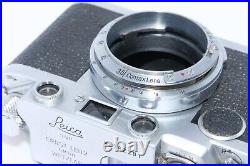 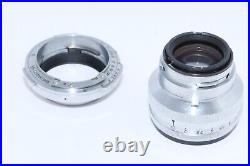 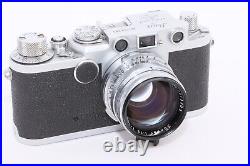 The Coupler is an adapter to use Contax Rangefinder Lenses on Leica TM M39 screw mount cameras, with correct rangefinder coupling, made by Orion Seiki, then Orion Camera and later Miranda Company from the late 1940s or early 1950s. Quite rare and hard to find. Minimum distance is 3.5ft.

Has an " N " engravings on the barrel. Ex++ or 9 of 10. Some light wear marks, but VERY CLEAN. The Coupler is an adapter to use Contax Rangefinder or Nikon Rangefinder on Leica TM M39 cameras, with correct rangefinder coupling, made by Orion Seiki, then Orion Camera and later Miranda Company from the late 1940s or early 1950s.

The device was developed by Otsuka Shintaro associate of the founder Ogihara Akira, and was the first product by the company. It has both the internal and external bayonet mounts, and contains a focusing helical, like that attached to the. Two versions exist, reproducing the different focus settings of the two cameras. They can take all Contax or Nikon Rangefinder mount lenses with a few exceptions, such as the Biogon 3.5cm f/2.8 (prewar and postwar versions) and the Nikkor 3.5cm f/1.8, because of their protruding rear elements.

He distance scale is engraved either in meters or in feet. It is said that the early adapters made for Contax lenses have no marking, whether later ones, made after the release of the Nikon version, are marked Contax Lens; those for Nikon are always inscribed Nikon Lens. The Japanese printed Brochure, dated c.

1953, shows the Coupler among other Orion products. It gives catalogue numbers 1200A and 1200B, respectively for the Contax RF and Nikon RF versions. The device also appears in the English brochure reproduced below, dated c.

1954, where it is called Coupler type A (for Contax Rangefinder) and type B (for Nikon Rangefinder). Leica IIf RD camera and Zeiss Sonnar-RF 50mm f1.5 lens is for illustrative purposes ONLY!

This item is in the category "Cameras & Photo\Vintage Movie & Photography\Vintage Cameras\Rangefinder Cameras". The seller is "igorcamera" and is located in this country: US.