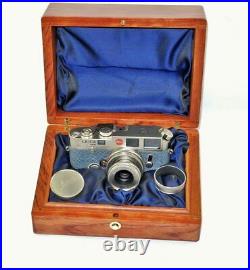 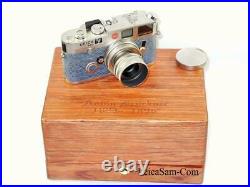 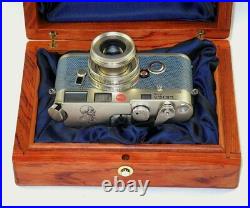 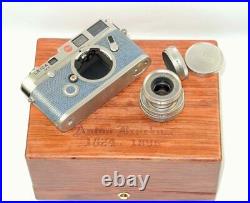 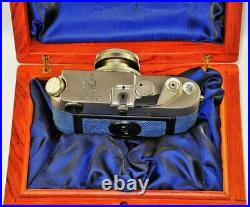 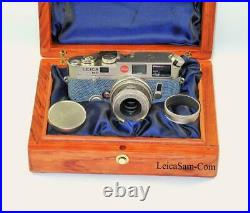 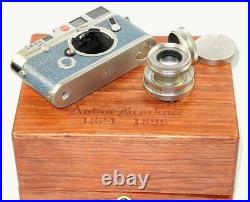 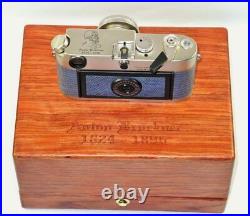 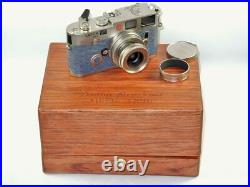 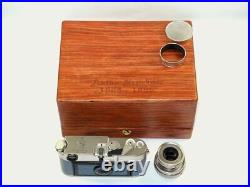 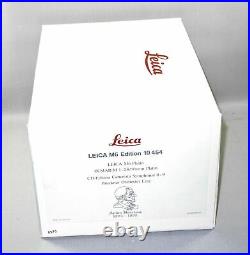 LEICA M6 PLATINUM ANTON BRUCKNER Set W/Leica 50mm lens & Original Box Nice Mint/. LEICA M6 PLATINUM (10454) ANTON BRUCKNER 18241896, 1996 Camera set. LEICA M6 PLATINUM ANTON BRUCKNER 18241896 , camera Set with Leica 50/2,8 Collapsible Elmar matching number with original Leica hood, Leica box, Leica caps. In 1996, LEICA AG had introduced two almost identical Leica M6 PLATINUM models with a companion ELMAR-M 1:2.8/50mm Platinum-plated lens but each came with a different issued theme. The comparing M6 Platinum Schmidt Centenary 151 units Edition has a localized theme where it was released by the active Leica distributor in the far east to commemorate the Groups 100 years of establishment in the Asia Pacific Region. LEICA M6 PLATINUM ANTON BRUCKNER 18241896. 200 units Special Edition featuring here was also work of another Leica distributor. You can regarded one of them was an oriental version and another has a raw European nature but each carried a differing objective. But I guess side by side comparison, the Anton Bruckner M6 Platinum has a slightly more wider appeal as it uses a universal icon in music scene as compare to the Schmidts M6 Platinum Edition which was more restricted theme as a localized version.

He was born in September 04, 1824 in Ansfelden, Austria and passed away also in his native country, at Vienna, Austria on October 11, 1896. The birth date (1824) and the year (1896) was engraved on both he M6 Platinum edition to mark his life time achievement in music arena.

In 1996, it was exactly 100 years after departure of the Austrian Music Master and Leitz-Austria had found a perfect theme for the M6 Special Edition to commemorate the 100 years after death of their countryman. 4, Romantic, EÅÛ 1874, rev. 9, d, unfinished (1896) ov. Chamber and keyboard music Str Qnt, F (1879) 5 other chamber works org preludes, fugues pf pieces.

It was supplied with an ELMAR-M 1:2.8/50mm which is also Platinum plated and has special engraving. The leather work for this Leica Edition uses an usual Iguana skinned leatherette to give it such a glittering contrast with the precious metal fitted exterior appearance. We are authorized US dealers for Leica, Zeiss. And others, We also sell NEW USA and International Nikon, Canon, and Hasselblad gear.

We have a reputation for honest, conservative grading on used gear. One of our specialties is locating that rare, desired camera piece you've wanted for your collection. Many items are located on a per request basis. Rates will be calculated at checkout however they are subject to change depending on the final dimensions and weight of your package.

We will notify you if there is a change to your order. We also sell items on consignment basis. Listing and template services provided by inkFrog. The item "LEICA M6 PLATINUM ANTON BRUCKNER Set WithLeica 50mm lens & Original Box Nice Mint/" is in sale since Tuesday, October 5, 2021. This item is in the category "Cameras & Photo\Vintage Movie & Photography\Vintage Cameras\Rangefinder Cameras".

The seller is "leicasam" and is located in Fairfield, Connecticut. This item can be shipped worldwide.