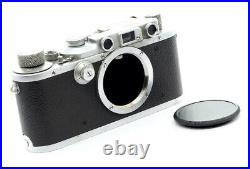 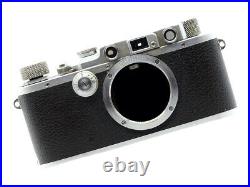 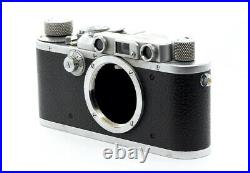 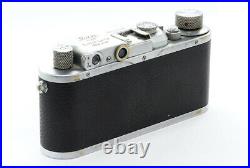 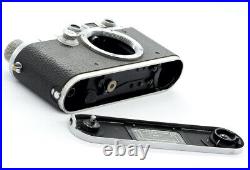 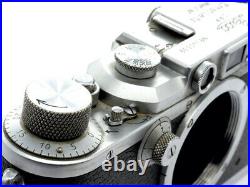 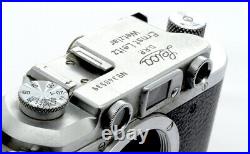 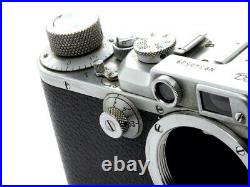 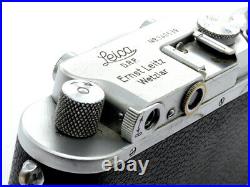 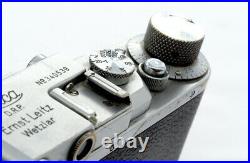 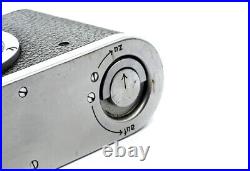 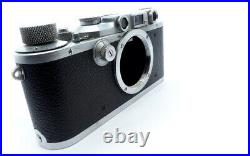 Leica IIIa - AGNOO - 1939 - Lovely! A lovely 1939 example of the seminal Leica IIIa! This is a very rare opportunity to acquire one of the last of the pre war Leicas, a Leica IIIa in original and unrestored condition from 1939!

Leica have always had a mystique, the first 35mm cameras ever developed and the ancestor of all that followed, the whole system has always been geared to offer its best performance at maximum aperture, making it ideally suited to the natural light medium, which in turn enabled the Leica system to dominate reportage photography for decades. In addition to this, the extremely quiet shutter lent itself to the candid genre. Many of the seminal images of all genres of the past hundred years have been created on these exquisitely engineered, softly spoken and remarkably understated cameras. The first ideas of the Leica system were developed by Oskar Barnack of the Leitz company around 1913, but it was 1925 before the first tentative serial production models were offered. The Interchangeable lens system and the L39 mount were introduced on the Leica I in 1930, but so few were made, this was pretty much a prototype, the Leica II followed in 1932 and The Leica III, also referred to as the Model F, became the template for all future models in 1933.

Over this 20 year period, Modern photography as we now know it, grew from conception to adulthood. This example is the IIIa, also referred to as the Model G, introduced in 1935 and produced until 1940, so this lovely 1939 example is was made shortly before Leicas output would be commandeered for the German war effort. The IIIa has a special place in many hearts, and for good reason, these cameras are as usable now as when they were built, capable of that Leica magic which noone else has ever been able to match. It is a testament to Oskar Barnack's vision which defies imagination. Despite its eighty years, signs of wear are very light as you can see.

All shutter seeds sound good and it feels every bit as solid as a Leica should. The all important viewfinder and rangefinder are clear and the rangefinder focus works happily.

This particular IIIa is thoroughly original and the camera does not appear to ever have been restored or tarted up as so many others have. This is one vintage Leica which is fully functional, ready to use and with a modicum of care, will without doubt still be making amazing images in 2099!

The camera will be supplied as pictured, just pop on a lens and get shooting! So there you have it, a truly lovely Leica IIIa, which as you can see is begging to get out and shoot, despite it's pensionable status. Of course, Leica equipment is always in demand and examples of this vintage take us well into the realm of the collector, meaning that when you, or possibly your grandchildren come to sell it on, you will like as not see more than you paid for it here, making it one of life's more pleasurable investments! The item "Leica IIIa AGNOO 1939 Lovely" is in sale since Thursday, April 16, 2020. This item is in the category "Cameras & Photography\Vintage Photography\Vintage Cameras\Rangefinder Cameras".

The seller is "rfcvb72" and is located in Worthing, West Sussex. This item can be shipped worldwide.